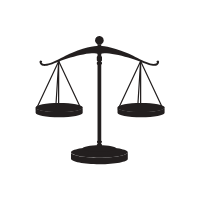 Who Is At Fault With A Driverless Car?

Autonomous driving is becoming more common. Currently, drivers still need to be in the vehicle and capable of taking over in the event that the autonomous car needs to be corrected. However, accidents involving autonomous driving can still create complications if you are injured as a result.

Courts Are Divided on Who Is Liable

While the courts have not fully settled on who is responsible for an accident involving autonomous driving, the general trend is toward placing more blame on the driver since he or she can still take action to prevent the accident. Most juries would blame the driver over the autonomous system even in cases where there was a defect in the artificial intelligence.

If there was a flaw in the autonomous driving system, the goal is to find out what went wrong that led to the accident to determine who is to blame. It could be a problem with software, with hardware, or with the vehicle itself. The system might not have been properly installed to where a sensor failed to detect a road hazard, which led to the accident.

There are all sorts of problems that can emerge from driverless cars. A sensor might fail to detect something. The software might instruct the car to accelerate faster than it should or apply brakes when it is dangerous to do so. The wires that transmit information from the software to the hardware might be defective. Or the accident might be so complex that the driverless car does not know how to react. With a driver capable of taking control of the vehicle, he or she may be found responsible for failing to do so.

Personal Injury Attorneys Can Help You Decide Whom to Settle With

Because of the difficulties of determining fault with a driverless car, you will need to speak with a personal injury attorney who understands the intricacies of car accident injuries. It would also help if the attorney has experience with a case involving an accident with a driverless car, but even if the attorney doesn't have this experience, he or she can craft an argument for why the other driver or the manufacturer should be held responsible.